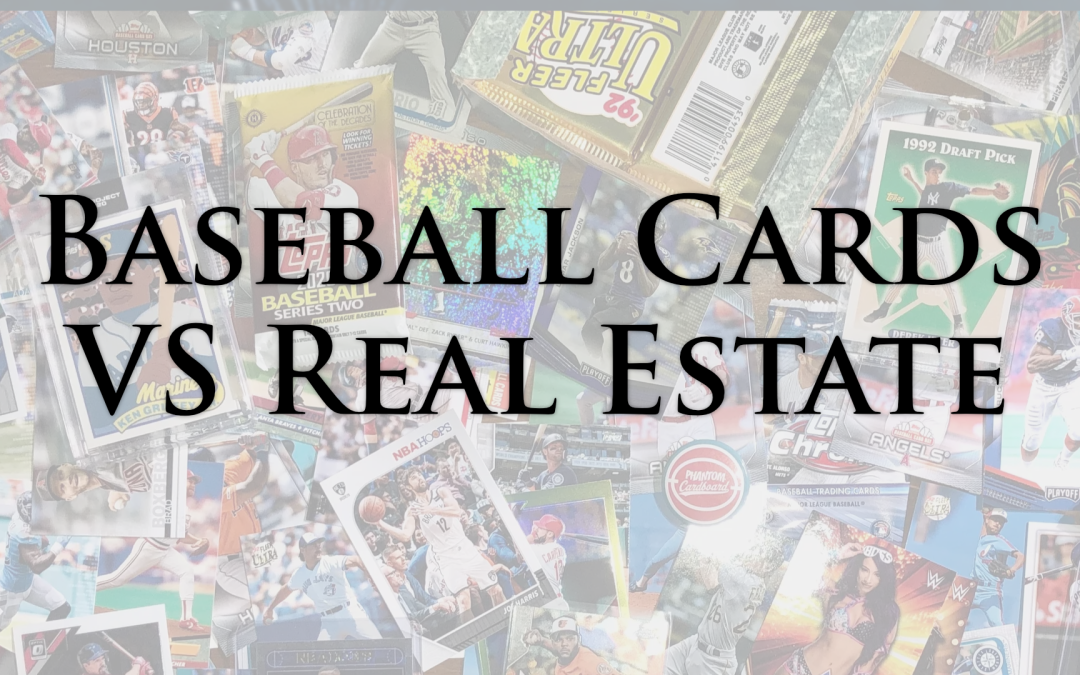 I collected baseball cards as a kid.

Yeah… now I know. This is one of many reasons that I couldn’t get a girlfriend in high school.

But this is where I learned some of my first investment lessons, while cooler classmates had cheap Miller Lite beer bacchanals at the dead end of dirt roads.

In baseball card terms, this meant that you wanted to identify and buy the cheap rookie card of a promising young player that just broke into the league.

Ideally, Griffey would go on to hit 40 home runs per year and become a major star. This would make your card’s value rocket 10X. Then you’d sell it for a handsome profit.

But there were other promising prospects, like Sam Horn. He struck out so often that it’s like he had a hole in his bat. Horn’s card value plummeted to a penny.

There were more Sam Horns than Ken Griffeys.

Another tough lesson surfaced too: to maximize profit on the hobby’s surging popularity, manufacturers pumped out an outrageous glut of sports cards in the 1990s.

Collectors soon learned that when supply exceeds demand, prices fall. Most of my cards became worthless.

Mom knew not to throw out my baseball cards when I went away to college. But by the time I had my first day job, she wanted them out of our upstate Pennsylvania house.

After years in the working world, I bought my first fourplex building. This investment turning point gave me passive rental income for the first time.

That’s when I began to realize that baseball cards were a fine hobby, but not really an investment at all.

Then I looked around. What co-workers thought of as “investment assets” paid zero income until retirement, if ever:

Yes, there are inventive ways to make some of these vehicles create tiny income streams before retirement. But that’s not what they’re designed to do.

Bonds, CDs, money market funds and savings accounts don’t pay real income either because their yields are less than the rate of inflation.

Nearly everything is centered around “buy low, sell high”.

Deferring residual income until later is a steep risk. Instead, you can build it now.

Chances are, you’ll never be healthier, younger, or more alive than you are right now.

Did your Mike Trout rookie card, Tom Brady refractor, or mutual fund pay you every month since you owned it?

“If the ladder is not leaning against
the right wall, every step we take just
gets us to the wrong place faster.”
—Stephen Covey

My Covey-esque saying is, “Do the right thing, then do things right.”

Stock in a productive, innovative and well-branded company, like Apple, has more reliable value than many baseball cards.

But Apple’s dividend yield is under 1%.

Could you count on either Apple stock or baseball cards to ensure the life you want before age 60 or 70?

After years of compounding residual income through buying apartment buildings and rental single-family homes, by 2015, I coined the phrase: “Real Estate Pays 5 Ways”.

As any GRE adherent knows, these are: appreciation, cash flow, amortization, tax benefits, and inflation-profiting.

Many in this quintuplet are highly predictable wealth generators.

The second of those five, cash flow, represents the key income piece.

Property that you add to your real estate portfolio often becomes a “five tool player”.

That’s how real estate has made more ordinary people wealthy than anything else.

You can find property conducive to the “5 Ways” through my network of partners.

Set up a login one time. Have access to all of my providers at: www.GREmarketplace.com.