361: This Guest Is The Biggest Failure That I Know

← PRIOR EPISODE NEXT EPISODE → 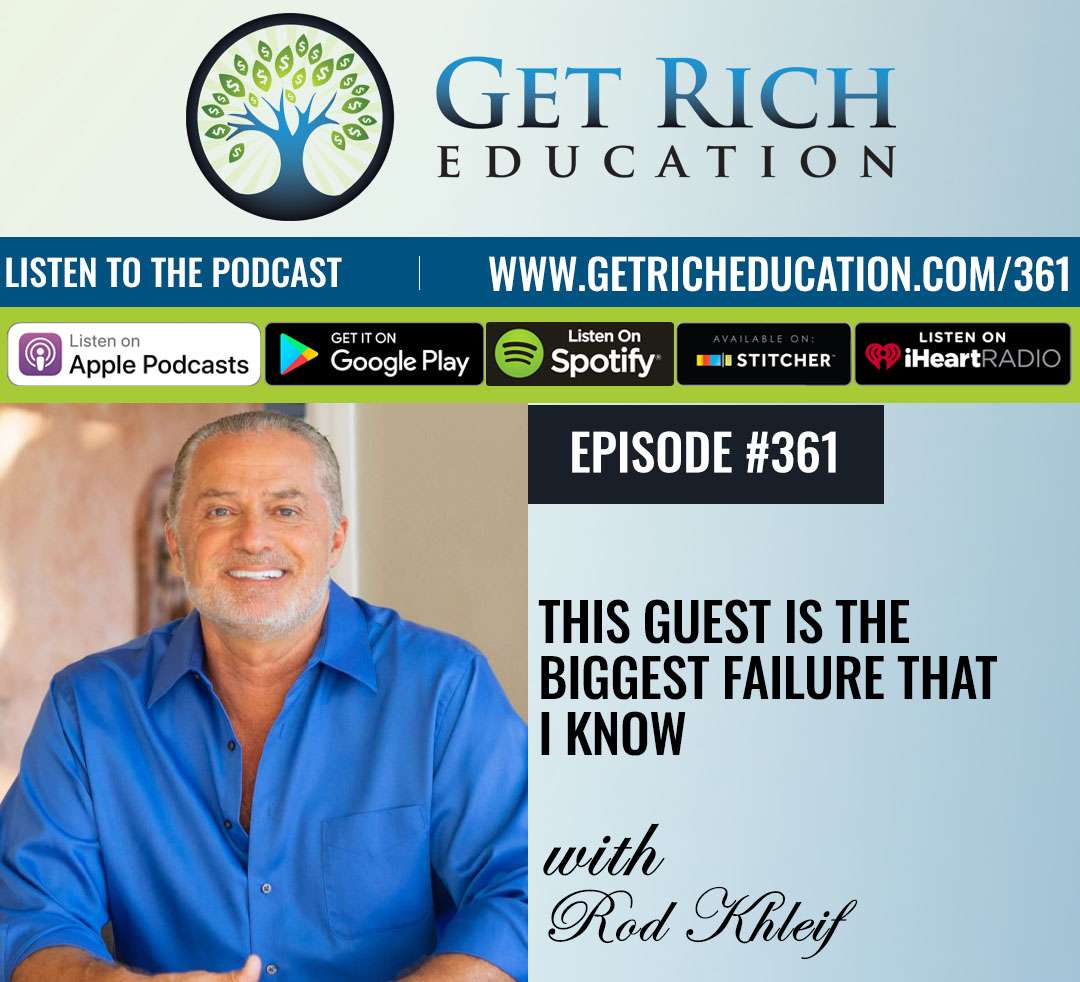 Rents are skyrocketing, up 11.4% just since the start of this year per Apartment List.

Increases like this could mean a 25% increase in your cash flow.

Rod Khleif has made big failures. I mean that in the best way. Ultimately, he was willing to fail often in order to become the giant success that he is today.

Rod is a multifamily apartment building investor and syndicator. He motivates many with his successful seminars.

We discuss “The Law Of The First Deal”.

Who you spend time with is who you become.

He’s an active RE buyer now, with 296 units under contract in San Antonio.

However, he sees an economic contraction coming.

To hedge against a potential RE market downturn, Rod likes to avoid C-Class property. He likes investing in “A” and “B” areas in southern states.

Join Get Rich Education Nation to receive the latest news, updates and resources from me. This valuable 1-hour video course and our newsletter will wire your mind for wealth.

Check Your E-Mail For The Course!