Generational Wealth Starts With One Risk-Taker 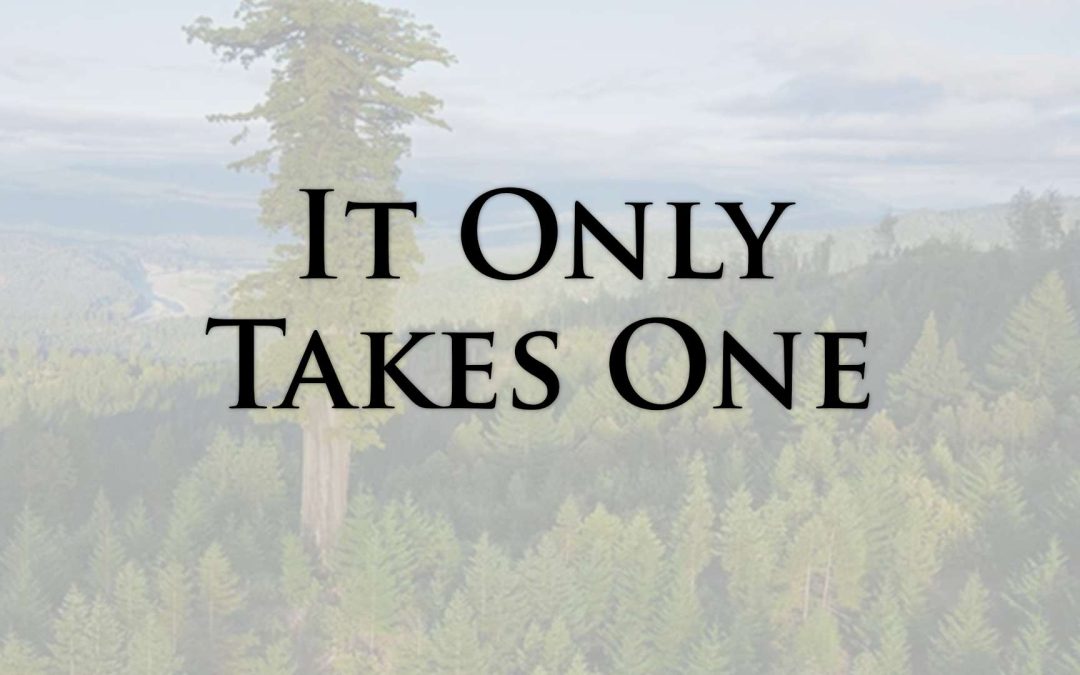 I come from a great family.

My brother and I grew up loved by two parents in a stable home.

They still live in the same, humble, 1900-built Victorian house in upstate Pennsylvania. They have owned it continuously since 1974.

Though my parents gave me what matters most, we had a lower-middle class income. My Dad was a machinist at a metal plant. Mom stayed home.

Growing up, the four of us shared one Subaru station wagon.

Our home had one bathroom and only a bathtub. No shower was added until I was 18!

Until then, we used an empty Cool Whip container for rinsing shampoo from our hair.

Though we weren’t poor, my upbringing was surely modest by income and material measures.

As an adult, I’d learn from influencers like Brian Tracy and Robert Kiyosaki that being wealthy is a choice.

That’s something that I did not believe the first time that I heard it.

I thought that wealth was sort of “ordained” and families either “were” or “were not” wealthy. It seemed like it was either “meant to be” or “not”.

Though I’d rather have a stable upbringing than the options that affluence brings, I thought…

“In a world of abundance, why not have both?”

Life experience has shown me that one must make bold decisions to expand their means.

You can either be a conformer or you can build wealth.

Let me share my non-conforming decisions that helped me grow wealth.

More than fifteen years ago, I moved from Pennsylvania to Anchorage, Alaska, because I love skiing and mountaineering.

I didn’t know anyone in Anchorage. I had zero plans for a job. I had the confidence to believe that in America, there are income options aplenty.

People thought that was nuts. To me, that reaction was great validation that I must be on the right track! 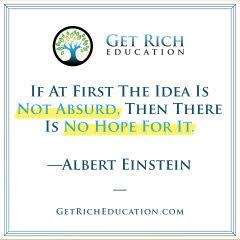 After settling in Anchorage, I made my first-ever property that seminal blue fourplex. I lived in one unit and rented out the other three.

People’s reaction was, “You’re doing what?”

Again, I knew that I was on the right track. Normalcy equals mediocrity.

More than five years ago, I quit my stable job at the State Department Of Transportation for residual income from real estate.

I walked away from a comfortable salary, 7.2 weeks vacation, and pension benefits that are guaranteed in the state constitution.

My co-workers thought that was ludicrous. But by then I knew that their definition of success was a poor one – working many soulless hours in exchange for a good income.

Real success is living your days as you wish.

As successful “out of the box” decisions build on each other, it appears less likely that these acts should be heretical…

…and more likely that society’s reaction is rigid intransigence.

At the risk of sounding overly dramatic, these are the types of decisions that will steer the course of your life and truly define your legacy.

(By the way, if you’re new to this and still associate money with evil, read this.)

Are you taking the necessary risks that will expand your means, rather than merely living below your means?

Cutting a $5 nitro cold brew coffee daily, tracking SAVE20 Promo Codes on a spreadsheet, and biking to work in the rain to save gasoline money won’t make you wealthy.

No one ever shrunk their way to a big life.

Don’t be a millionaire. Don’t invest deeply in stocks.

That is a losing formula because it parallels conformity. It’s a formula for wealth prevention… or even poverty.

Do you think that I’m exaggerating?

If you took $1M to Wall Street and annuitized it, you might get $40K per year.

You’ll need way more than a million. Depending on your age, make it more than ten million.

Some people associate $10M with extravagance. But we’re not spending the principal, so we’re just talking about a normal, middle class income here.

Then they invest some of that money in stocks. It’s a vehicle that often returns less than zero after accounting for: inflation, emotion, taxes, fees, and volatility.

Real estate pays you all of your life, not only in retirement.

This gives you confidence to ride the gondola in Venice when you’re young enough to enjoy it, or the time to leave work early to pick up your daughter from basketball practice.

Generational wealth is predominantly built one of two ways – owning your own business or owning real estate.

Entrepreneurship can be worth it. But it is a full-time job that entails risk.

To build lasting wealth, you must make money when you sleep.

You can follow a proven formula for success. You often need a degree to sell your time for money at a job. Sheesh, you don’t even need any credential or certification to be a real estate investor.

You can either teach a man to fish or give a man a fish. Why not do both?

You can buy from many of the same property providers that I buy from at: GREturnkey.com

Are you being unconventional enough to build generational wealth?

Reducing electricity use by cranking up the air conditioner five degrees won’t make you unconventional, only uncomfortable.

Shopping around for cheaper car insurance or freezing credit cards inside a block of ice won’t create wealth.

Perhaps the best Einstein-esque “absurd to most” move that I know about is buying an income property that you’ve never seen before.

Often, the numbers “make sense” across state lines in places like: Memphis, north and central Florida, Alabama, Arkansas, and Ohio.

As we’ve now had two recessions in the last twelve years, unfortunately, many have discovered that the real risk was having only one income stream.

Owning income property almost guarantees you’ll get a pay raise… and without having to impress or beg your boss… or work any more hours.

With that low housing supply, once you reserve a property, you may need to wait longer than usual to close.

Generational wealth starts with one risk-taker.

Read Next Article: « How To Ride The Inflation Tide