Goodbye To The U.S. Dollar 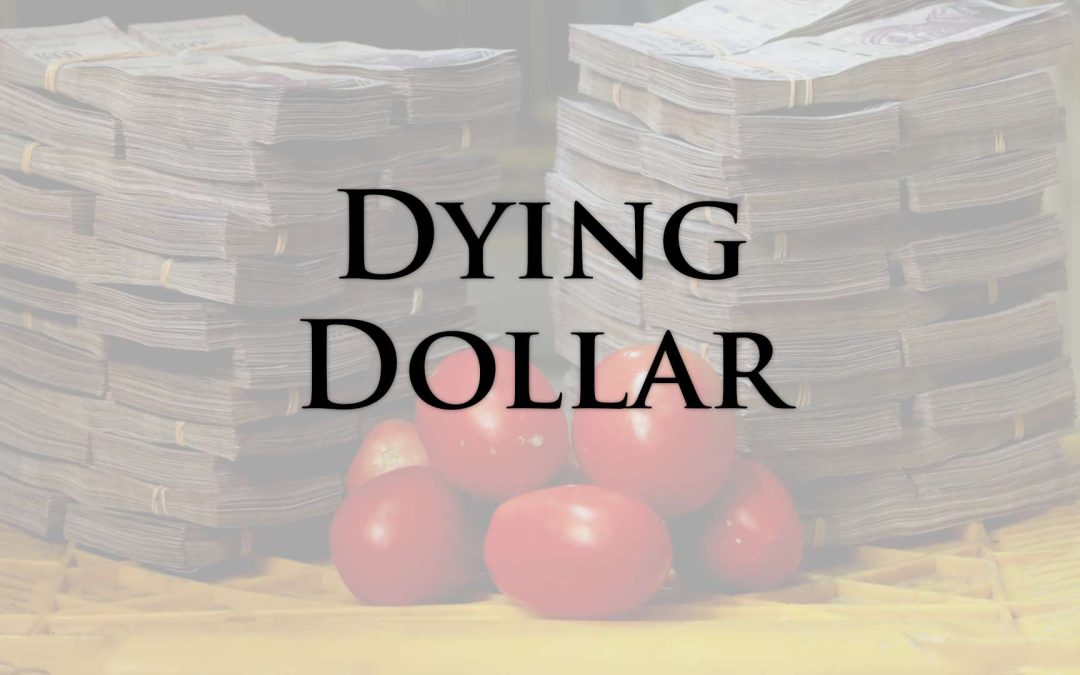 He announced that creditor nations could no longer redeem their debt for gold. We would only repay them in dollars.

This broke a promise and ushered in a new era of high monetary inflation.

Just like that time, inflation is on the rise again today.

Whether you want to keep power from the kleptocracy or simply protect your purchasing power, here are five ways that you can beat inflation – or even profit from it.

How could you invest, say, $25,000 that you want to protect from inflation?

This is the best way to profit from inflation.

I’ve often explained this at length so I won’t expand on it here.

You win three ways at the same time with debt on cash-flowing real estate.

It’s the only one of these five inflation hedges that has easy leverage and strong cash flow.

At GREturnkey.com, $25K is enough for a down payment & closing costs on a real rental property that you own in: Memphis, Little Rock, Tropical Tiny Homes, and maybe Dayton.

This global, all-digital currency is decentralized. This means that it’s transacted peer-to-peer rather than through the banking system.

There will never be more than 21 million bitcoins. That’s non-inflationary by nature.

90% of bitcoins have already been mined. In fact, its supply schedule is deflationary. The last one will mined around 2140.

Though called a “cryptocurrency”, it’s still not widely accepted as a currency. “Cryptoasset” is a more apropos moniker at this stage of its life cycle.

People often still scoff when you mention the notion of bitcoin around them.

Its price is more volatile than a Kanye West press conference, at times gaining or losing 5 to 10% of its value in one day.

Born in 2009, it makes sense that its nascency results in wide bitcoin value swings. This is called “price discovery”.

Even some crypto conferences accept dollars – not bitcoin – because bitcoin’s volatility could wipe out an event producer’s profit margin!

Bitcoin is subject to capital gains tax. This means that even if you buy a coffee, you could owe up to 37% tax on a gain. Yes, that’s on top of any sales tax!

At today’s price, $25K could buy you about one-half of a bitcoin.

The most enduring inflation shield, gold has been valued for more than five millennia.

Like real estate, gold has virtually no chance of going to zero value. It’s probably the best “money insurance” that your dollar can buy.

Few understand that gold’s supply is in fact inflationary, increasing at 1-2% per year. Silver has more industrial uses than gold too.

Gold won’t make you wealthy. Over time, it generally tracks the inflation rate. Physical bullion also exacts a storage burden on you.

At today’s gold spot price of ~$1,800, you could stack thirteen ounces worth of gold bars with $25K. You will have a heavier sock drawer.

Are you interested in the answer to: “What is money?” I shot an educational video comparing gold, bitcoin, and the dollar: right here.

If you liked that video, you might be interested in registering to view a live bitcoin vs. gold debate. It’s bitcoin proponent Anthony Scaramucci vs. gold bug Peter Schiff in four days: right here.

This strikes people as funny.

Spending also guarantees an increase in your quality of life.

This takes less learning than the other four hedges against a shrinking dollar.

If “savers are losers”, then the opposite of a saver/loser is a… spender.

I believe that this is so overlooked that I wrote a Forbes article about the rarely-considered benefits of spending.

This is the least optimistic of the five.

Instead of putting $25,000 extra in the bank to be debased away, go out and buy necessities like…

Savvy investors aren’t known for loading up pallets at Wal-Mart. But you’d be a winner in a “Mad Max” world.

As these things go up in price and you consume them, you also won’t have any resulting taxes, as you would for a successful investment.

Stocks, bonds, CDs, and savings accounts are losers in a high inflation world.

If you want more context and details about these five ways, I share that in my newest video here. You’ll see some of Nixon’s historic announcement too:

Read Next Article: « The Real Crash In Real Estate?