Why You Should Be The Second Owner Of A Home 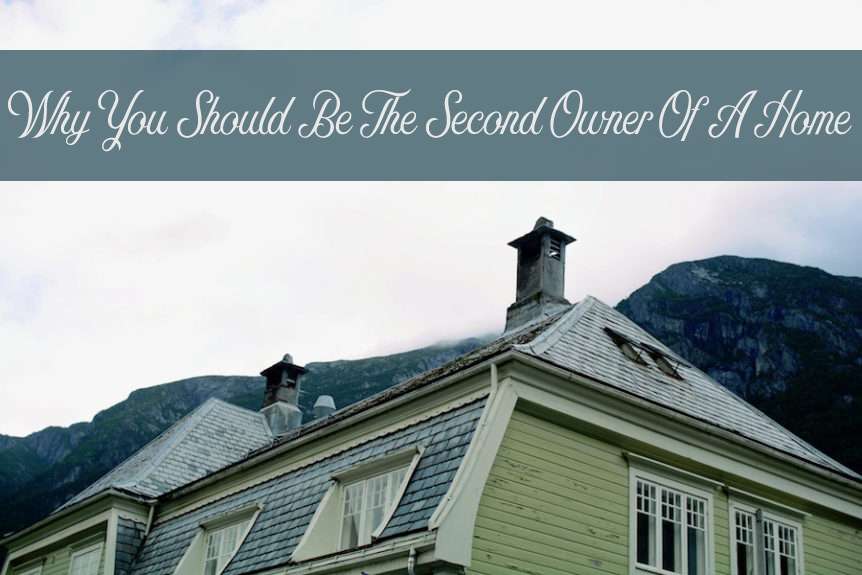 Do you want to buy your primary residence – or pay rent?

If you’ve decided that it makes more sense to own your home rather than pay rent to somebody else, then consider buying a home that makes you the second owner of that property.

I recently wrote an article titled: “Should You Rent Or Buy Your Home?” If you’ve read that and decided that it still makes more sense for you to own your primary residence rather than rent it, then let’s explore why you should consider becoming the second owner of an existing home.

As the second owner of a home, you’re more likely to:

1. Have a “nearly new” home. You’ll inherit a fairly new roof, paint, driveway, electrical and plumbing systems, and a home of contemporary design, amenities and layout. Most appliances and fixtures will be far from obsolete, meaning they’ll still have a long life span.

2. Avoid “new construction problems.” The first homeowner found out how much the foundation settled. They’re the ones that got concerned with how deep the drywall cracks developed and how much the driveway settled. Then they paid the cost to repair them, not you.

3. Have a “finished home.” Enthusiastic buyers of new construction don’t think about things that the builders have left undone. They’re the homeowners that shelled out $8K for landscaping and another $6K for window treatments. These costs are the type that they cannot recoup when they sell it to you, the second owner. It’s all-done-for-you.

4. Reside in a “finished neighborhood.” Unlike the new construction homeowners, you’ll know who your neighbors are, and know whether or not they have barking dogs. You also won’t have construction noise from homes around you that are still being built. What if they decide to build high-density condos across from your single-family home? The second owner will already know.

Sure, some centuries-old homes have a remarkable amount of charm that simply cannot be duplicated as a “second owner of a home.” They might even be well-maintained. Just understand that you will have myriad unexpected repairs and maintenance. Problems rarely crop up at a convenient times.

Many people underestimate how old “fixer-upper” homes will wear you out. They often wreak unforeseen havoc on your time, resources, and peace of mind.

Everyone is aware of “old house problems,” but few consider “new house problems.” My wife and I have owned three different primary residences. Partly through luck, we’ve been the second homeowner each time.

Being the second owner of a home might just be your “Home Sweet Home” sweet spot.

Want to know more? I talk on Episode 108 of my Get Rich Education podcast about your Rent vs. Buy decision, and being the second homeowner rather than the first.

Can you think of any other positives or negatives to being the second owner of a home? Let me know!

Here’s to your wealth and success!

Thought getting your money to work for you creates wealth? It doesn’t! That’s a myth. My international best-selling E-book is now 100% free, 7 Money Myths That Are Killing Your Wealth Potential. Get it here for a limited time.

Read Next Article: « Stop Trying To Be Perfect