Where Have All The Houses Gone? 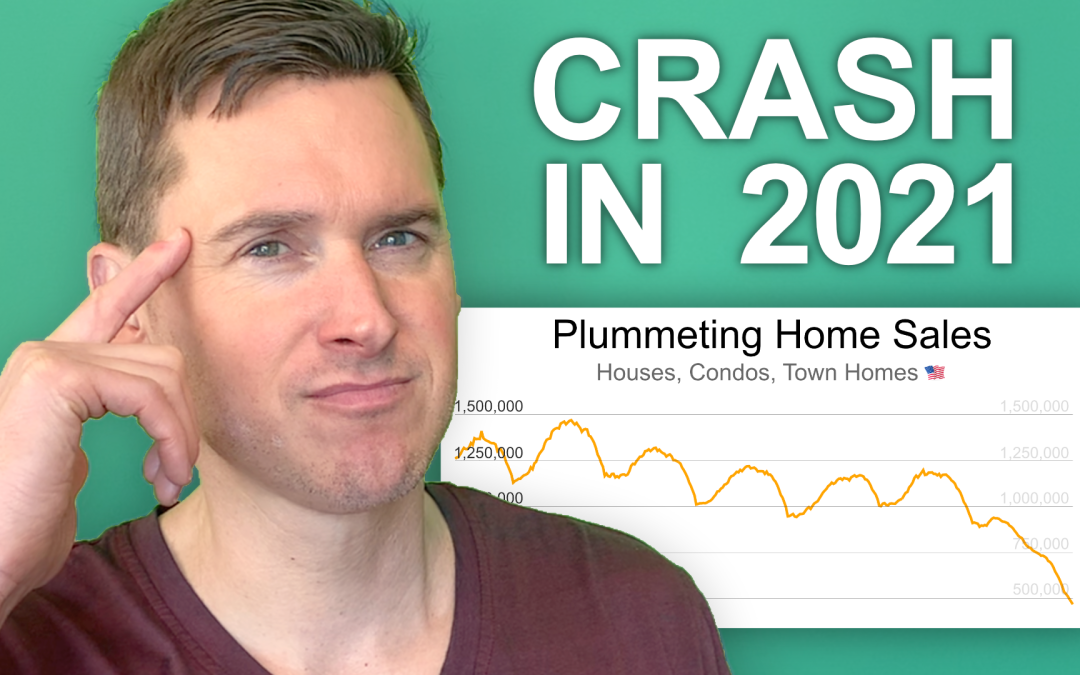 The housing market has already crashed. I’ve got the evidence.

A year ago, the world shut down. People made wide arcs to avoid others on the sidewalk. Pajamas became acceptable workplace attire. Surprisingly, asset prices soon shot up like bamboo. Now, the health crisis has reverberated through the housing market in ways that no one had ever considered – a crash.

Sheesh, where in the heck have all the houses gone?

I break it all down for you here, tell you why it matters, and provide solutions for escape in this video, you can watch it here or click through to YouTube if you want to hit Like:

I personally tire of hyperbolic headlines. When national home sales quickly drop 50-60%, that’s a crash. To be clear, this is a housing supply crash. It’s not a price crash.

In addition to the video’s content, which covers forbearance, plummeting sales, pandemic pressures, and more… there are two other big reasons poised to crimp future supply – higher interest rates and population growth. Mortgage interest rates must eventually rise. This should help dampen buyer euphoria and affordability.

But few understand that a higher rate phenomenon actually correlates with lower housing supply. (It is truly remarkable that supply constricted during the recent falling rate environment.) Think about it. If you have a 3% interest rate on your home and rates jack up to 5%, you’re less likely to move. An equivalent replacement property would have a higher payment. Therefore, people stay put rather than putting their home on the market. This constrains available housing even further. That’s why higher interest rates equal lower inventory.

Another reason that demand stays high is that the United States population keeps increasing. Look, if you’re an American, you might think: “Well, of course. America’s population always increases.” You even sense this anecdotally. Perhaps the pond where you caught bullfrogs as a kid is gone, turned into a parking lot or retail space. Maybe the field where you used to shoot clay pigeons has become housing.

There’s a net gain of a new American every forty seconds.

This simply does not happen worldwide.

These places are all losing population: Japan, western Europe, Russia, Ukraine, several Balkans nations, Greece, Italy, Poland, Syria, Cuba, Venezuela, and many others. Americans are expected to swell in number every future year for decades. They’ll all need to live somewhere, leaving homebuilders hopping to keep up.

Home prices should stay buoyant as long as demand vastly outstrips supply like this.

The housing supply shortage is a trend that won’t reverse in either the short or medium-term. There’s persistent demand for a scarce resource, placing a financial foundation beneath many investors’ bricks and sticks.

Read Next Article: « How To Get Wealthy In Your Sleep